I’m proud to be a New Zealander, although I haven’t given the Hobbit or the Lord of the Rings movies much attention. Where else in the world could you find such diverse and stunning landscapes in such a small area of space?  More than 250 locations were used in The Lord of the Rings and The Hobbit films, many of which are easily accessible.  New Zealand’s stunning landscapes and forests are the ideal travel destination for nature lovers and bibliophiles alike.  Make sure to see these four film locations on your nature travels in New Zealand!

This national park is smack dab in the center of the northern island, and is home to the spectacular volcanoes of the LOTR films, such as Mount Ruapehu as Mordor.  Many other scenes were filmed here, and most are freely accessible via hiking paths.  Visit Mount Ngauruhoe (a secondary peak of Ruapehu and the movie’s Mount Doom) by hiking along the Mangatepopo track, which can take between 3-7 hour depending on where you start.  For a shorter and easier hike, try a one-hour hike to the Mangawhero River, home to some spectacular waterfalls and (in the movies) where Gollum catches a fish.  Many tour companies offer tours of Tongariro, and other activities you can do there include caving, diving, camping, fishing, climbing, kayaking, cycling, rafting, surfing, and quad-riding!

The “Paths of the Dead” scene in Return of the King (the third LOTR film) was filmed in the Putangirua Pinnacles, a collection of eerie earth pillars known as “hoodoos.”  The Pinnacles were formed over the past 100,000 years as the Putangirua River washed away gravel sediments, leaving cemented gravel behind in the form of hoodoos.  You’ll easily be able to re-imagine Aragorn, Legolas, and Gimli meeting the Army of the Dead here.

The Pinnacles are located in Wairarapa, about 100km north of Wellington.  There are two walking routes that will take you to the Pinnacles; the more direct route takes 2-3 hours, while the longer route takes 3-4 hours and will allow you excellent views of Palliser Bay (home to New Zealand’s largest colony of fur seals) and Lake Onoke.

You’ll recognize the golden fields and beautiful water of the Poolburn Reservoir as the land of Rohan from the LOTR films.  The Poolburn Dam was built in 1931 as an irrigation reservoir, and can cover up to 300 hectares of land when flooded.  It’s stocked with brown trout and is a popular spot for fishing.   Enjoy some fishing, gorgeous views, and incredible photos.  The reservoir is located in the center of the southern island. 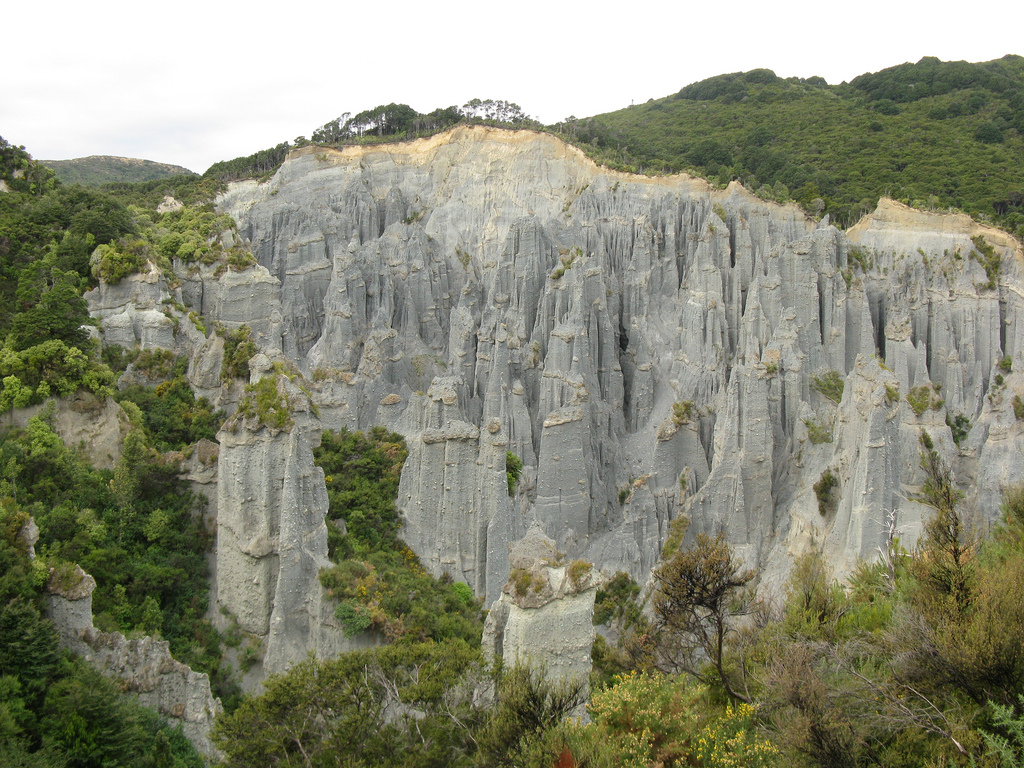 Less than 50km away from Queensland (and just a two-hour drive from Poolburn) is the small settlement of Glenorchy.  This rural area served as the filming site of Lothlórien, the Elven center of resistance against Sauron and a resting place for the Fellowship.  Lothlórien is one of the most beautiful places in Middle Earth, and Glenorchy was the perfect location for filming.  It’s as enchanting in real life as in the movie, so you won’t want to miss the stunning mountain backdrops and lake views here.

Have you ever been to New Zealand? Where was your favourite place?