A mid-life crisis? Reinvention? Call it what you want, but sometimes all we want is a change! Whether you choose to pick up a new hobby, get a different haircut or pick up some clothing that you wouldn’t usually, change can be brilliant!

Some of the major buildings within our cities have embraced a change too! Scottish streets are lined with iconic buildings which have held their presence for many decades, even as their surroundings became different. Some of them have had a variety of uses throughout their lifetime too, which you could be surprised to learn! With the help of Cairn Collection, owners of hotels in Edinburgh, we take a look at some of the greatest Scottish buildings and uncover their often-secret past lives, as well as their current uses. 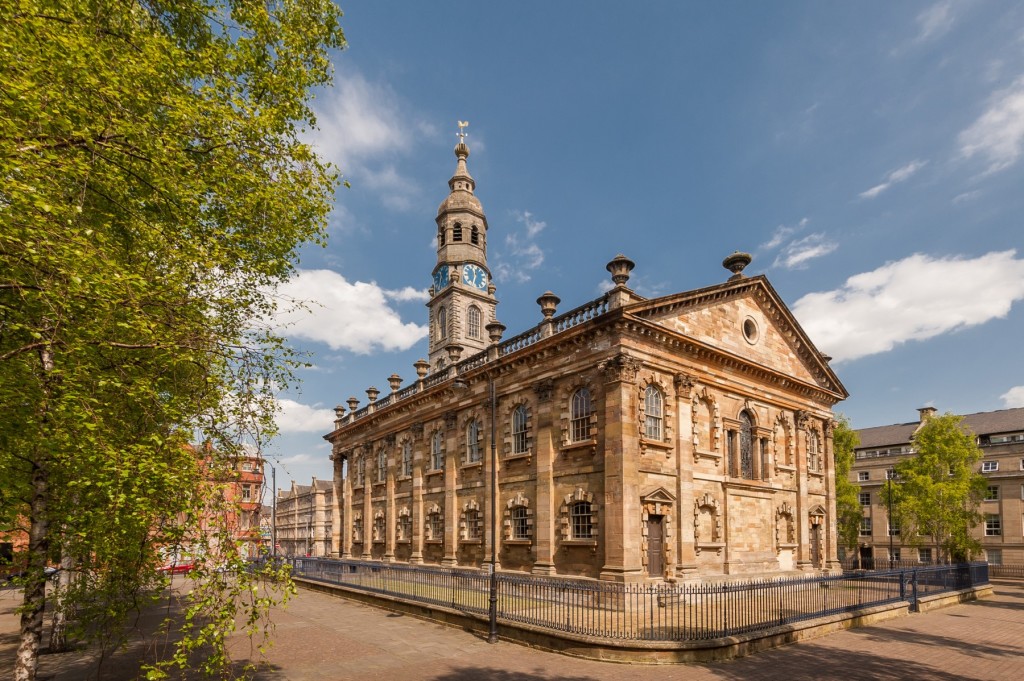 St Andrews in the Square

Originally used as a place of worship, the category-A listed building is a famous Glasgow landmark. Built in the 18th century as a church, St. Andrews in the Square has been inhabited since as early 1754, and it remained a church until 1990. It was sold to the Glasgow Building Preservation Trust in 1993 due to hefty maintenance costs, for a low sum of £1- oh how the times have changed!

In order to preserve the building for years to come, a refresh was essential, but maintaining its classic features was a priority. The building reopened as a centre for Scottish culture in 2000 to mark St. Andrew’s Day, and as a leading performance venue, it currently boasts a range of facilities including a café, toilets, and dressing rooms.

Up to 250 guests can enjoy the antique architectural features of the building at weddings, award dinners and parties.

Designed in 1822 by William H. Playfair, this building now hosts a plush hotel close to Edinburgh Waverly station. Playfair is a prolific designer, with other immense sites including the National Monument in the capital and the National Gallery.

The original intent for the building was to be one of many in a string of stunning private townhouses which line Windsor Street. The street was designed in accordance Playfair’s 19th century Eastern New Town Scheme, and the Cairn Hotel Edinburgh is amongst a few of the stunning domestic commissions done by Scottish architects.

An array of exquisite period features decorates the hotel building, with a wrought iron balcony embellished in a trellis pattern and Greek key border, and distinctive railings being just some of the notorious features in Playfair’s portfolio of townhouses. Playfair brought exquisite Grecian elements to buildings in the streets of Edinburgh, and his efforts earned the capital the status of ‘Athens in the North!

Its name translates into Gaelic as ‘big song’, which suits the building at the top of Byres Road in Glasgow, as it is extremely difficult to ignore! Vibrant windows and a church spire adorned in a neon hoop make the bar and events venue a unique setting to enjoy a whisky in.

Its historic purpose was as a local place of worship, built in 1862 it become a place to congregate for residents. The church features 11 carved heads which pinpoint the arches of the main hall, now the auditorium of the Òran Mór. The heads all symbolise individuals who were celebrated in the history of the church.

Nowadays, the heads overlook many revellers and embrace evenings full of culture, as the building hosts many club nights and weddings, as well as food and drink connoisseurs’ in the whisky bar and restaurant. In fact, there are over 280 variations of malts to pick from in the bar, making it a notorious haunt for a tipple.

Long-standing Edinburgh residents may recall a time before the Timberyard was used as a restaurant; once upon a time it was a Lawson’s Timber site. However, the first known purpose of the building was as a props and costume store in the 19th century, and after this it was a Lawson’s timber yard.

A rustic interior of chopped logs seems to pay homage to the site’s timber history, known as ‘The Shed’, but there are no signifiers of the building’s true origins. The cosy wood burner is the main attraction for many, and up to 10 guests can enjoy the warmth. As for the food, this one is certainly as intricate and unique as the building’s history, with fresh, foraged ingredients on offer. The Timberyard also grows its own herbs and ingredients, as well as filtering and bottling its own water.

Empty period buildings are becoming increasingly common in our cities, so should more be invested into reviving these spaces, rather than building modern alternatives? The extensive history that is tied to each of these buildings should be preserved for years to come.