I’ve always wanted to go to Japan, since I was a little girl. I spent most of my childhood researching it, but alas, the high prices of transport in Japan and accommodation costs have scared me away. I am hoping this year will be the year I finally visit Japan, so I asked a friend who taught English there to share some tips for things to do in Okinawa, where she was based teaching English. The main island of the Okinawan chain has pristine beaches, great snorkeling and diving, historic castles—not to mention the fabulous food. Don’t miss out on these five amazing opportunities while visiting Okinawa.

Cape Maeda is a beautiful, if out of the way, snorkel and dive site. There’s no beach, no barbecues, and no clean bathrooms—although they do flush, so be grateful for that—but if you like tropical fish, you’ll want to spend all day here. The fish are accustomed to being hand-fed, but be careful, because they might get a little too hungry and bit your fingers. There’s a small shop with cheap food and overpriced beach gear, but if possible, bring your own snacks, snorkel set, sunscreen, and beach towels, Cape Maeda is the best snorkel spot on Okinawa, so don’t miss it! 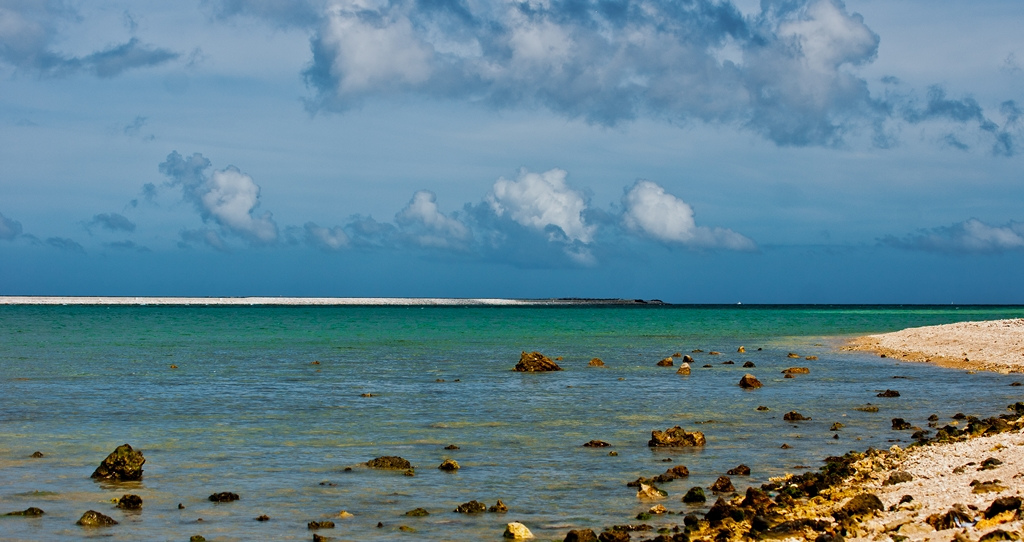 When the fishermen of Yomitan village catch whale sharks, they have two choices: they can kill the whale shark and save their expensive fishing nets, or they can destroy the nets to save the sharks. Until recently, the fisherman chose to kill the sharks. Now the accidentally-captured whale sharks are kept in a large netted enclosure where snorkelers and divers can get up close and personal with the huge animals. The whale sharks are released after six months or whenever a new whale shark is caught, and by all accounts the big fish are well-fed and healthy. The fisherman make money, the whale sharks live, and visitors have a once-in-a-lifetime chance to get within arm’s reach of these incredible creatures. It’s not cheap, but it’s worth it!

Built in the 13th century, only the foundations and outer walls of this ancient castle remain. This three-layer castle is built on the edge of a cliff overlooking the Nakagusuku Bay on the eastern side of the island. Watch your step on the way to the top, where you’ll enjoy an incredible view of the bay. Even though little of the castle is still standing, it’s still a fascinating look into the past and a crucial part of Okinawan history. Bring sunscreen or an umbrella for the sun, because there is no shade here. Bring your camera too, because you’ll definitely want photos of the castle and views from the top.

This large public market has everything you want and then some. Fresh fish, antiques, souvenirs, 100-yen stores (like dollar stores), even some—ahem—adult toys. Spend a few hours, and make sure to duck into the souvenir stores for a fun and fascinating look at Japan’s past. Just across the street from the southeastern exit, take a walk down the Tsuboya Pottery Village street. Okinawan pottery has a long history and beautifully distinct style, typically featuring fish and ocean scenes. Step inside the shops and you’ll likely be offered (more like forced) to try some kuro sato, a traditional Okinawan black sugar candy that tastes like molasses. You might even find a classy souvenir teacup or shisa statue to take home!

This beautiful look-out won’t take more than an hour of your day, but it’s the best spot on the island to get a picturesque souvenir photo. The parking lot doubles as a mini-market, selling souvenirs like shirts, snacks, and shisa trinkets—and all at a reasonable price, so stock up on goodies for friends and family here. This is one of the island’s most popular spots, so get there early in the morning to beat the crowds and the heat.