Scarborough has been entertaining couples and families on the Yorkshire Coast since the 17th century. Its North Beach was given a Blue Flag award due to its safety facilities and high environmental standards, and South Beach manages to attract visitors from around the world with its entertainment venues, shops, restaurants, and other amusements.

Between these two beaches you’ll find the Scarborough fishing harbour, which is continually bustling as fishermen (and women) go in and out on their boats. You’ll also find Scarborough Castle on the headland above, and the castle is now looked after by English Heritage.

Scarborough was a favoured resort during Victorian times, which is why there are so many amazing gardens and parks, along with the spa complex and the esplanade. The cliff lift has also been built, making it easy for visitors to move between the beach and town, and the shopping centre allows everyone to get everything they need to have a pleasant stay.

Here, you’ll find all of the traditional attractions expected of the English seaside- including Punch and Judy shows, donkey rides, a Sea Life Marine Sanctuary, amusements, and plenty of evening theatre events which feature leading comedies and entertainments (you’ll find them at Scarborough Spa) which is also home to the Spa Orchestra.

The whole area of Scarborough has many different attractions, including heritage centres, museums, and villages, and for those who like to be active while on holiday, you’ll also find river and sea fishing, surfing, sailing and llama trekking to keep you busy.

There are plenty of festivals throughout the year here, including the Student Drama Festival, the Scarborough Cricket Festival, and even motor cycle racing. 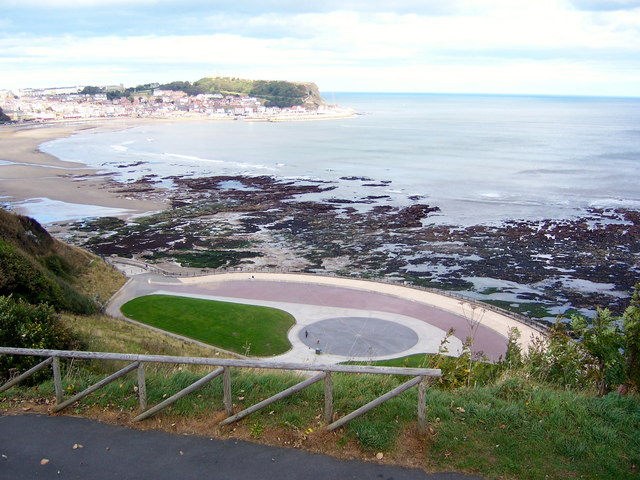 It’s a good idea to book a hotel near Scarborough, ideally between Scarborough and Whitby since you would then have access to both beautiful towns while you’re visiting. This is a town with a lot of history, and it was founded all the way back in 966 AD by a Viking raider named Thorgils Skarthi. Unfortunately though, another bank of Vikings showed up and destroyed the town shortly after it was founded, and it wasn’t completely recovered until approximately 1140AD, when the castle was constructed in order to protect the town.

King Henry II awarded Charters to the town in 1155AD which meant that a market could be set up, leading to the flourishing of trade. In 1253, the royal Charter allowed the Scarborough Fair, which was a huge success, attracting traders who arrived from throughout Europe. This festival ran for almost 500 years, into the 18th century. In 1626 the town saw the discovery of an acidic water spring, which is why the Scarborough Spa was created, attracting even more people to Scarborough. Now it’s a venue for entertainment, including live music and other events, and the town was the first seaside resort in Britain- making it an excellent place to go if you enjoy learning about history while also soaking up the sun and having a relaxing holiday.