The region of Northumberland is famed for its stunning coastlines, prolific history and numerous market towns; so, it’s no surprise that the area has been awarded a string of tourism accolades. Dog-lovers fear not, we have collated a short list of cafes, restaurants and listed manor houses to relax and enjoy some quality time with loved ones and furry friends, for the perfect staycation or days out. 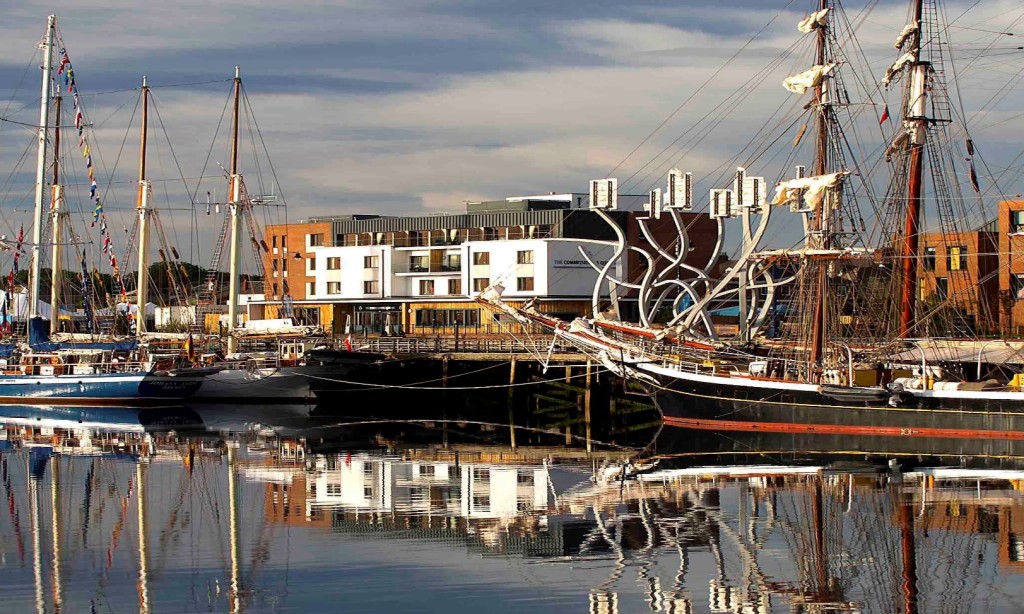 Located in Blyth’s historic stretch of quayside, the Commissioners Quay Inn is a landmark in itself, hosting a bed and breakfast, pub and restaurant. With beautiful views of the marina and out towards the sea, you can wake up to the sound of the morning waves from your own personal balcony. If you’re looking to explore the town of Blyth, the Inn allows easy access to all local shops and pubs, despite itself being on the edge of the town’s perimeter. 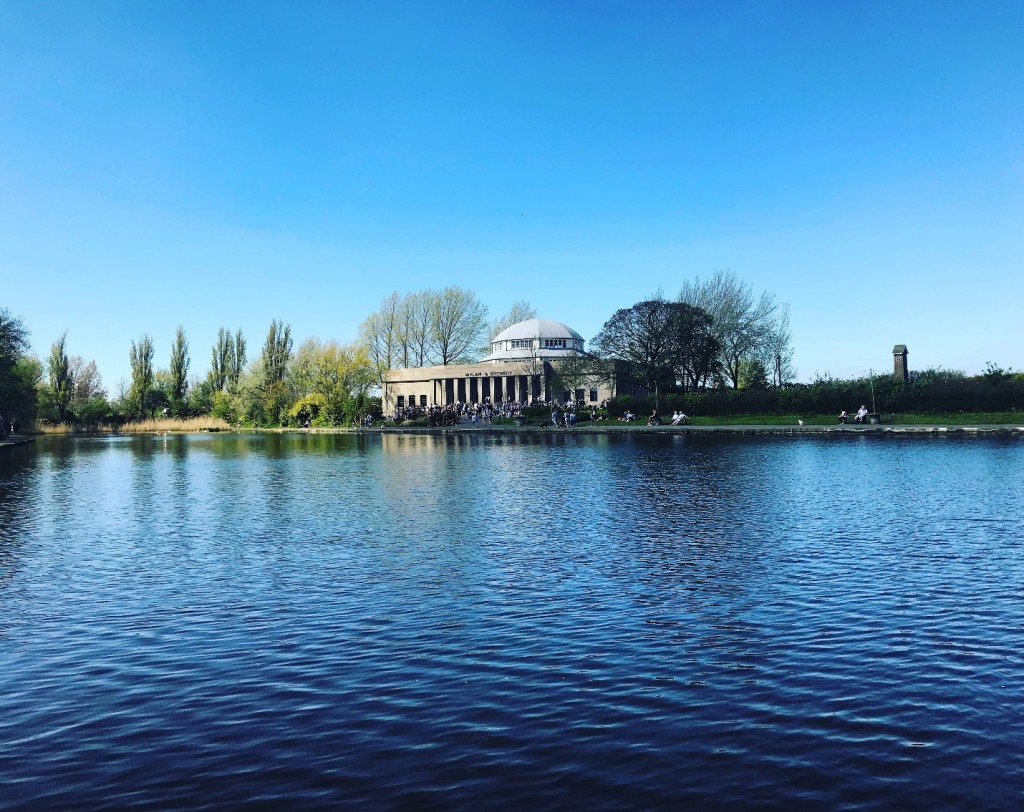 Wylam Brewery has become an urban hub of sorts, hosting a variety of events including ‘Battle of the Burger’ and ‘Celebration of Disco’ – making it less of a traditional brewery, and more of an alternative, culture destination. The dome-topped Grand Hall allowing streams of natural light in shining down on the many ale taps Wylam is locally known for, to the numerous street food vans lining the outer perimeter, not to mention the beautiful moat-like lake that sits just in front of the entrance to the yeasty keep. 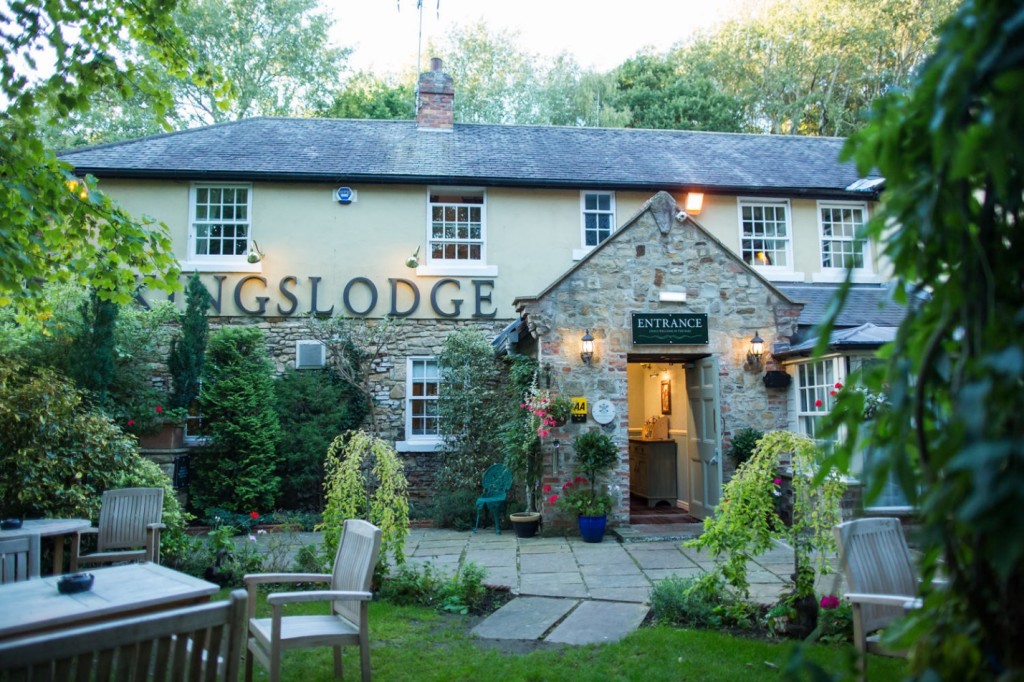 Choose to stay here and enjoy the tranquility of the gorgeous traditional cottage setting, located a short walk away from the cobbled streets of Durham city centre. The semi-concealed retreat allows dogs and their owners to saunter back and enjoy a night’s rest after a day of exploring the nearby UNESCO World Heritage Site of Durham Cathedral and Castle. Serving up some of the best Sunday lunch in Durham, with an impressive selection of local ales and wines for the connoisseurs out there. 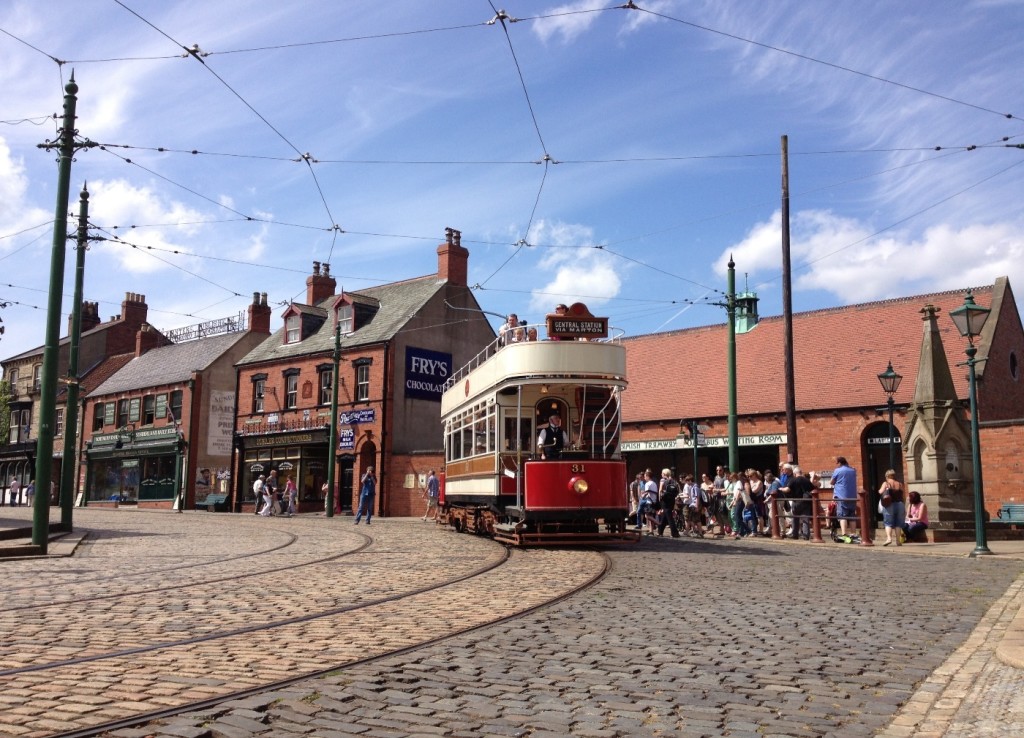 Enter the land before social media at Beamish, and enjoy an educational dog walk through the early 20th century at one of Britain’s most popular ‘’living museums’’. A fictional yet functioning town, with a pub, sweet shop and bakery amongst others, visitors and their pets can experience first-hand what life was like in the North East over a hundred years ago. 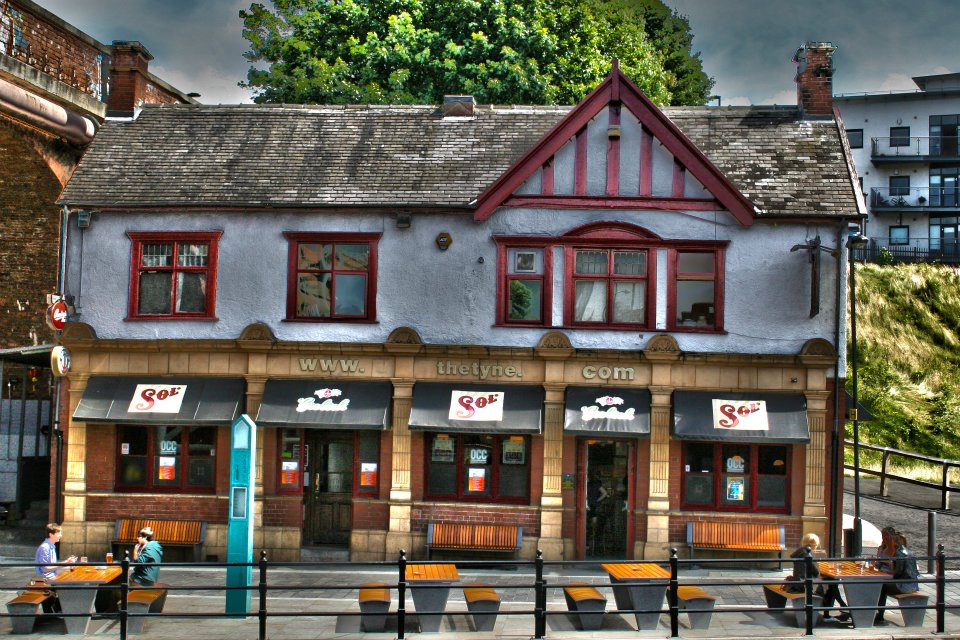 The Tyne Bar is the place to be on a sunny day and it has been since the mid 90’s, taking a refreshment break and enjoying the panoramic views of the River Tyne and the uber cool Ouseburn Valley. With an impressive selection of beers, local ales and spirits, it’s a great place to sit amongst the laidback atmosphere and watch the sunset over the river with their free live music events on a Friday blasting out from under the bridge. 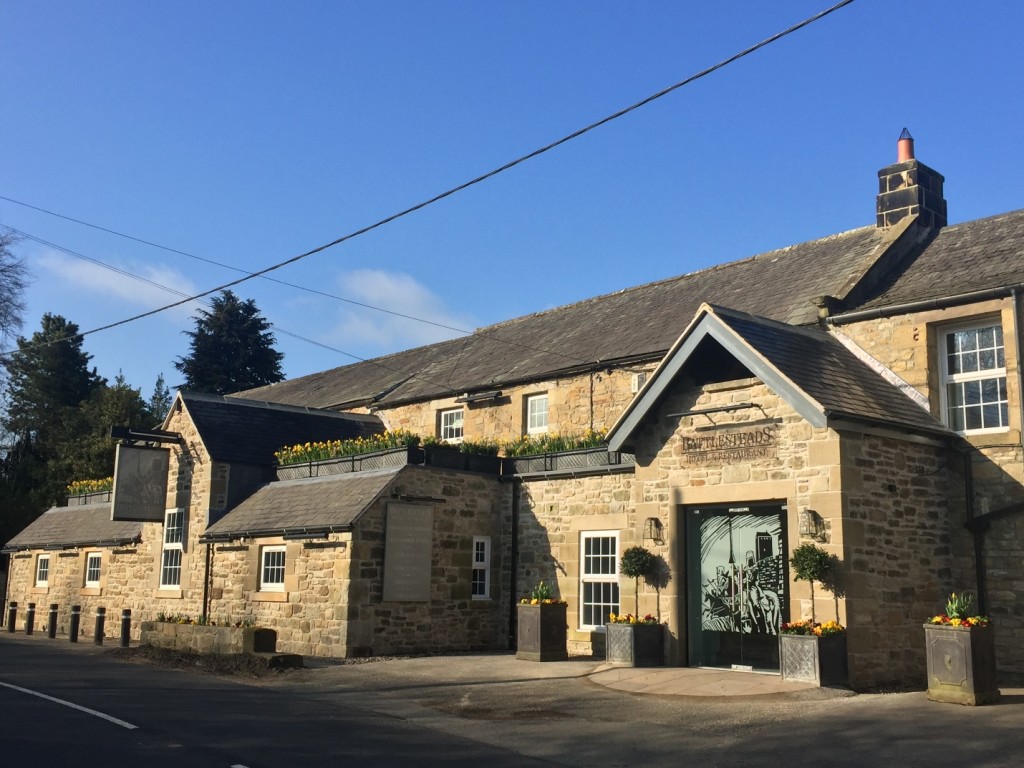 This venue was once a farmstead in centuries gone by, converted into a rustic Northumbrian Inn with a picturesque secret garden and conservatory. Flying the flag for the greenest hotel in Northumberland, being the first hotel to install a carbon neutral heating system. Nestled in the sleepy village of Wark, this is a great location to explore the surrounding Hadrian’s Wall area. 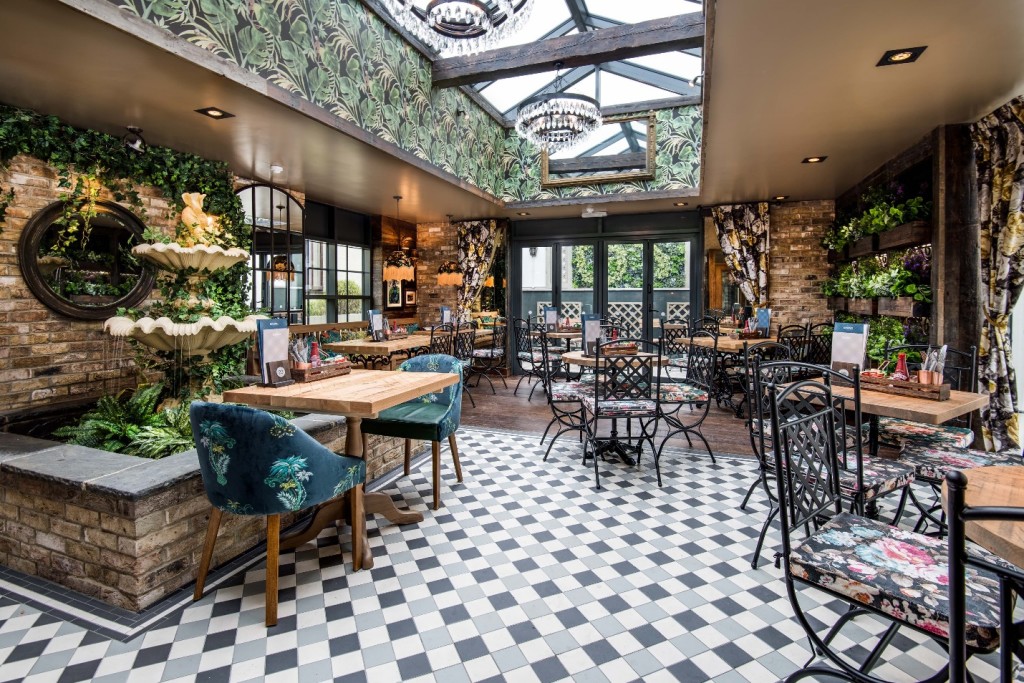 Nestled between Seaham and Durham, the recently refurbished Seaton Lane Inn is a stone’s throw away from the seaside and Lord Byron’s Walk, making it the perfect spot for dog walking. This Seaham restaurant boasts some serious food credentials, including the Inn’s famous Sunday dinners, which can be enjoyed in their quirky, bohemian interior.

This unsuspecting shack is one of the most sought-after venues in the region, and a real highlight for any trip out to the coast. It was a nominee at the 2019 World Restaurant Awards, and the owners are kept busy all year round, even in winter, with the help of blankets and heaters, with a canopy sheltering from the rain. Descending the steps from the road, the mouth-watering smell of seared sea food grilled in the big wood-fire oven. 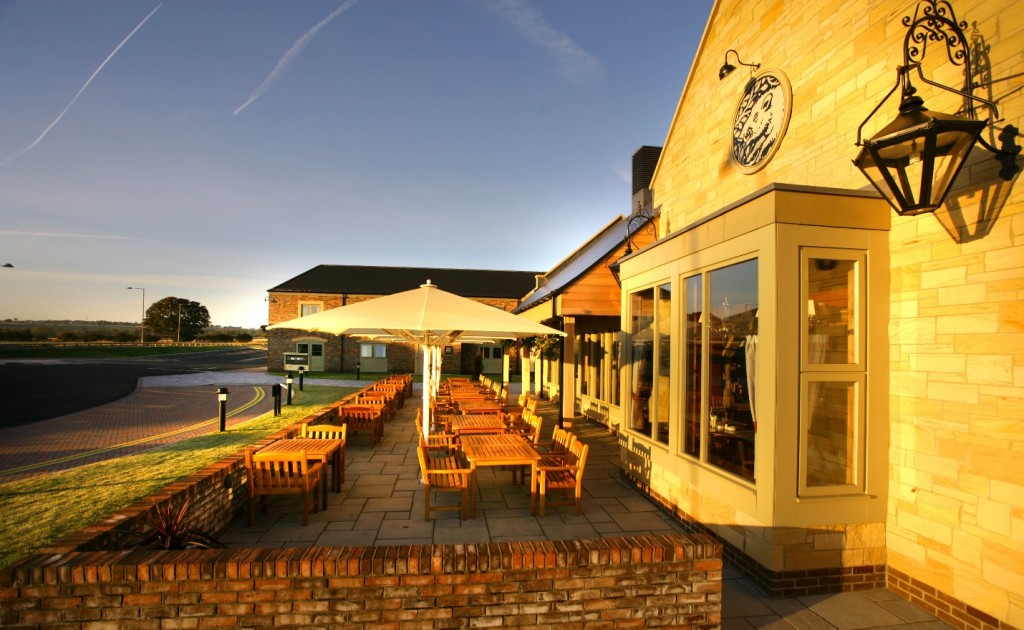 This one is a must for all Harry Potter fans- the Hog’s Head Inn in Alnwick was named after the Hogsmeade pub which starred in the notorious book series. As a recipient of a silver-award in the recent North East England Tourism Awards, this is the ideal spot to take a break from exploring the town centre. If you are looking for dog friendly pubs in Alnwick, this is your best bet! You could even enjoy an overnight’s stay in one of the 53 en-suite bedrooms, set against a backdrop of England’s most northern National Park. 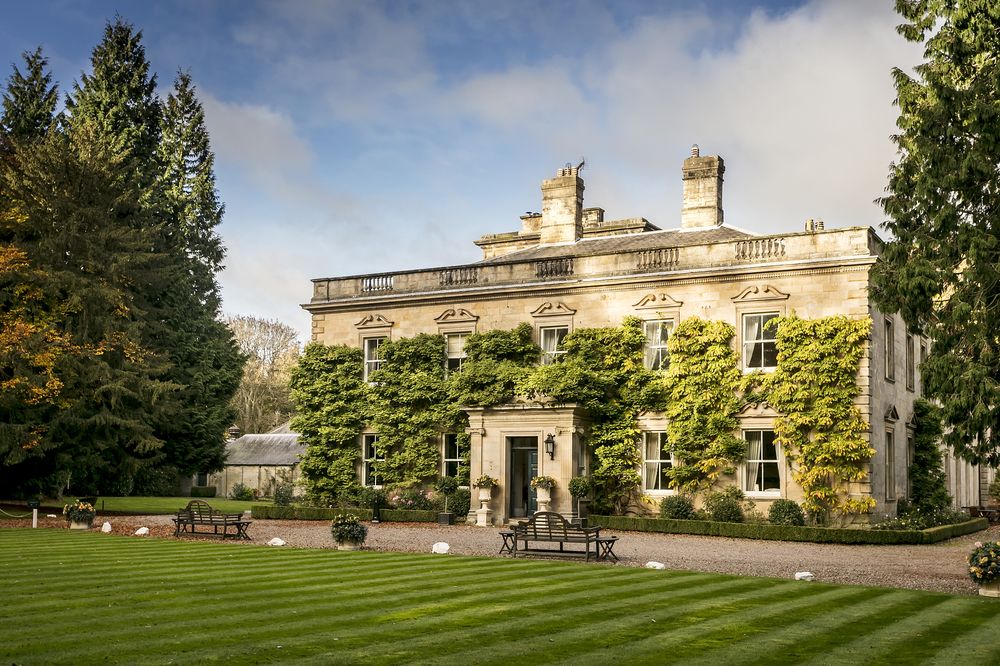 Winner of the UK Holiday Destination of The Year in 2017, Eshott Hall is a breath-taking spot and the evergreen grounds have provided many wedding photograph backdrops. It fits neatly within the themes of nature and heritage, concealed behind trees and claimed by ivy. The manor house has maintained its Grade II Listed status with its professionalism and grandeur hospitality, where dog owners can bring along their furry loved ones to meander the grounds. 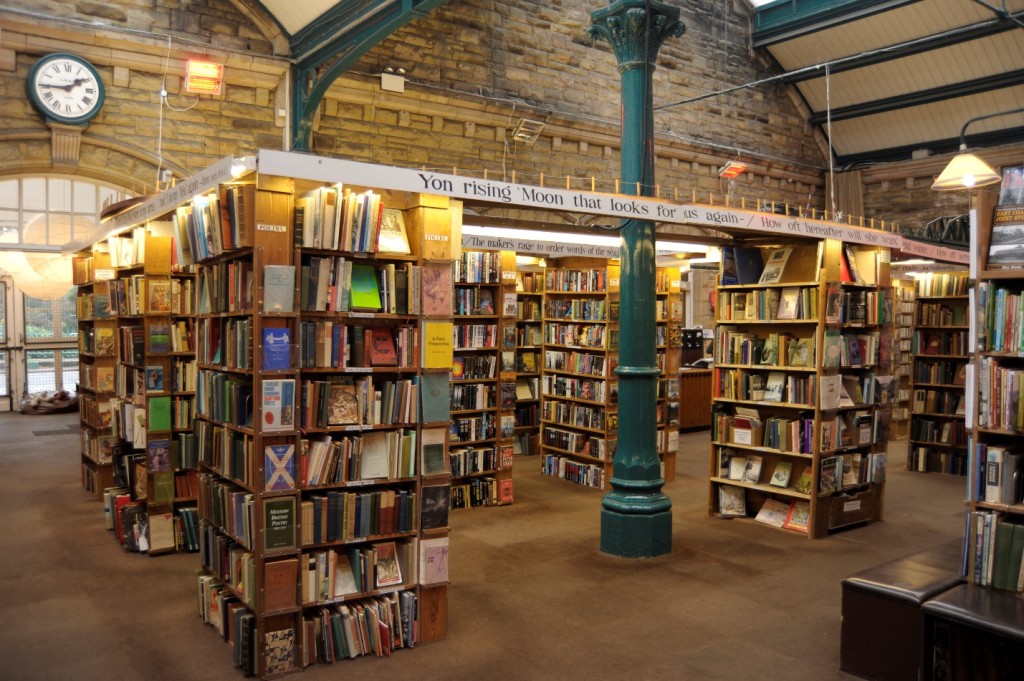 An essential haunt for bookworms, Barter Books is home to one of the biggest collections of pre-owned books. A roaring fire in the winter, a homely café churning out all the seasonal goods from paninis to the nations favourite sausage and mash, as well as a perpetual pot of coffee brewing in the foyer. Dog’s can wander freely between the aisles curiously sniffing the pungent aromas from the first editions of the 19th century onwards, whilst their owners debate which of Hemingway’s poems was his best. 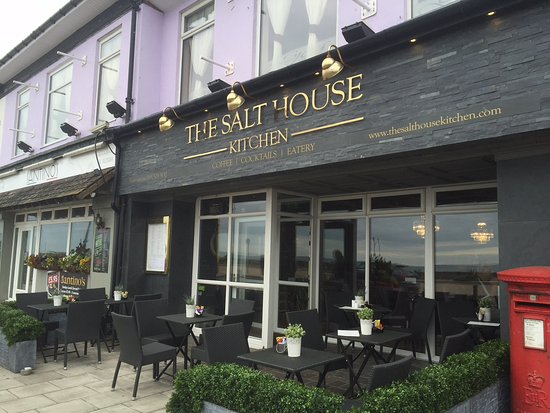 The Salt House Kitchen mirrors the beach opposite, where fishermen would extract salt from the sea and dissolve it in salt kitchens, and it celebrates one of the cities longest running traditions. Its canine enthusiasm is so prominent that they’ve even conjured up a menu just for dogs, so their pleading eyes and whimpers will not be in vain. Their outdoor area is designated solely for dogs, so best to bring a jacket in the colder months, as the open sea air can get quite nippy!