We have been in Asia for exactly four weeks today. It’s gone so fast, mostly because we’ve been moving around a lot but because we’re still working on the road. On Thursday we head to Singapore for five days and then we’ll be making our way to the Thai islands – we’re both very excited about both of these places. If you have any suggestions of things we should do or see in Thailand or Singapore, let us know in the comments below.

It’s less than four weeks until we head to Europe. We booked cheap flights to Europe a few months ago and it has really crept up on us. Our plans are still undecided for Europe; we seem to plan one country ahead. We’re starting in Paris, making our way down to the south of France and then who knows. It really depends on what we feel like! 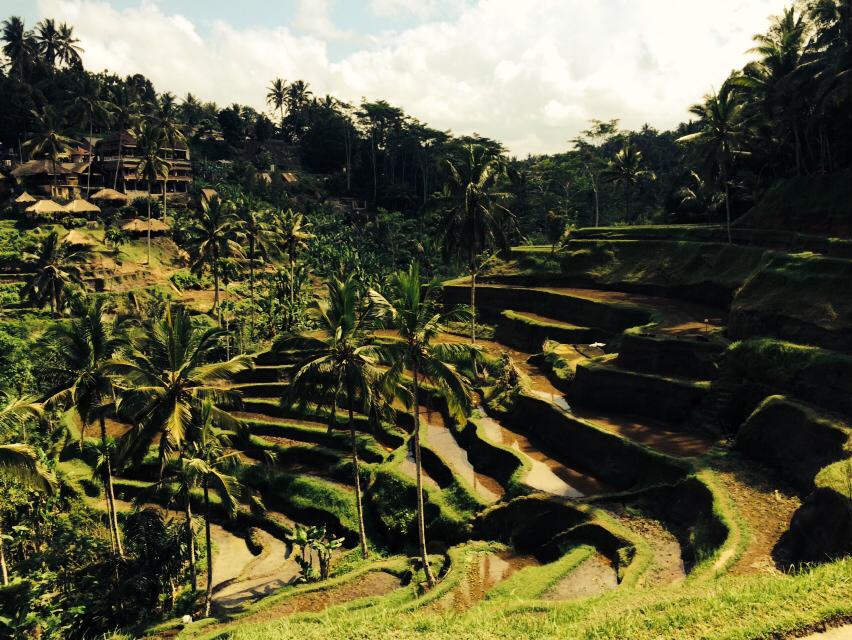 Here’s a recap of our time in Asia so far:

We started off our trip in Ubud, where we stopped in to the rice paddy fields and enjoyed a beautiful infinity pool. Ubud is the perfect introduction to Asia as it’s very relaxed and not too crazy.

From there we made our way to Kuta where Ben did a little surfing and I did a little shopping. We also had some weird massage experiences… including a lady who started begging for money mid-way through a massage – not the most relaxing technique. 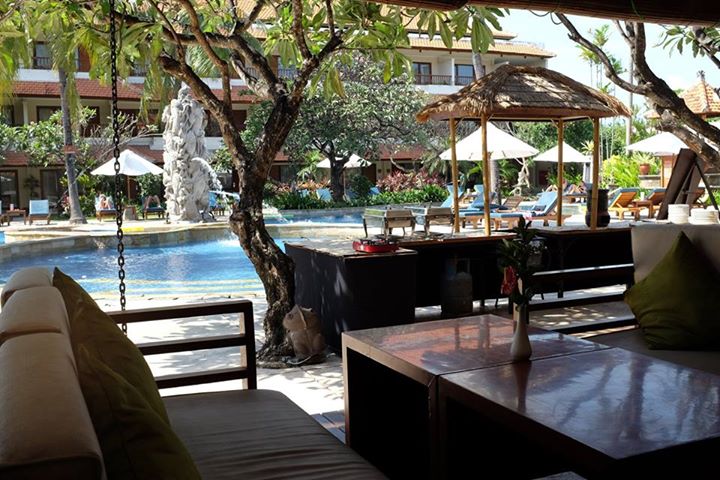 Nusa Dua was our next destination where we rented a motorbike and Ben had a few problems bribing the police. We enjoyed the sun, the beach and the delicious local seafood. It was here that we first tried the ThermaMedic Spa, which is essentially a giant pool with strong water that massages you. Later in the evening we also attended Devdan, which is an incredible show with a focus on traditional dances from different islands around Indonesia.

We headed to Nusa Lembongan, a little island I hadn’t heard much about. It felt like a mix of Ubud and the Gilli islands. As a ferry went down in another part of Indonesia, all boats were cancelled for two days which meant that we couldn’t move on to the Gilli islands. I was a little heartbroken, but we ended up taking a scooter to Nusa Ceningan and saw the stunning blue lagoon. We spent a whole week on Nusa L, enjoying the great weather, the beautiful beach and the very relaxed people. 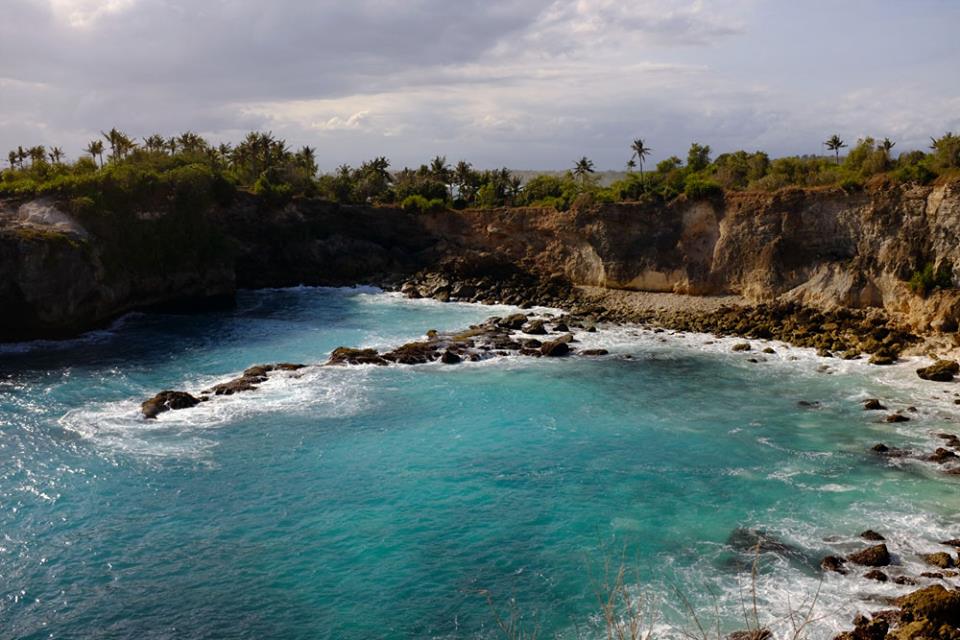 After a very bumpy ferry and a 90 minute taxi, we found ourselves in Candi Dasa, a place I had never really heard much about before. It is beautiful up there, on the East coast of Bali. It’s very lush, and you can stand on the beach and see the mountains in the distance. This is where Ben did his first dive (unfortunately I had a sore stomach, so I didn’t go) and we did some very relaxed yoga over looking a zen garden.

For a few days we called Seminyak home; it’s somewhere I became quite fond of. It’s Kuta without all the touts and chaos. We were staying moments from the beach and were completely surrounded by a number of great restaurants and shops. 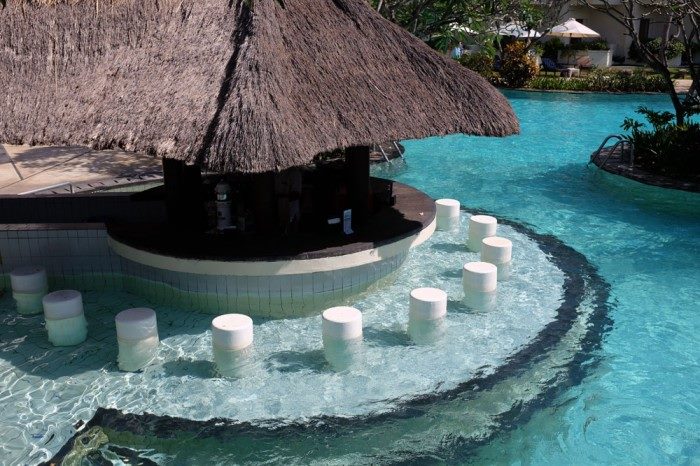 At the moment we’re back in Candidasa, chilling out, lounging by the pool and just soaking in every minute of Bali before we leave in two days! Even though we’ve been here a month, time has gone so fast.

A part of me is really looking forward to Singapore and all the modern conveniences of this city. But there’s a part of me that will always miss Bali whenever I leave.

Any tips for Singapore or Thailand? Let us know in the comments below!