For us city slickers, Singita’s monthly wildlife reports from their five reserves and concessions in Zimbabwe, Tanzania, and South Africa are always a highlight.

Reading about the seasonal changes in the landscape, a thrilling game drive that ended in a kill by a lion, the spotting of a rare and unusual species, as well as many other animal activities, offers much-needed escapism.

A recent field journal from the idyllic Singita Sabi Sand featured guide Ian Mey’s outstanding sighting of one of the reserve’s renowned leopards and her two tiny cubs.

Throughout the summer season, the African savannah is painted in a palette of rich greens. Impala lambs, zebra foals and wildebeest calves are just a few of the regular arrivals in this plentiful time. During this time, the little ones, and their mothers a few months to prepare for the imminent winter season. 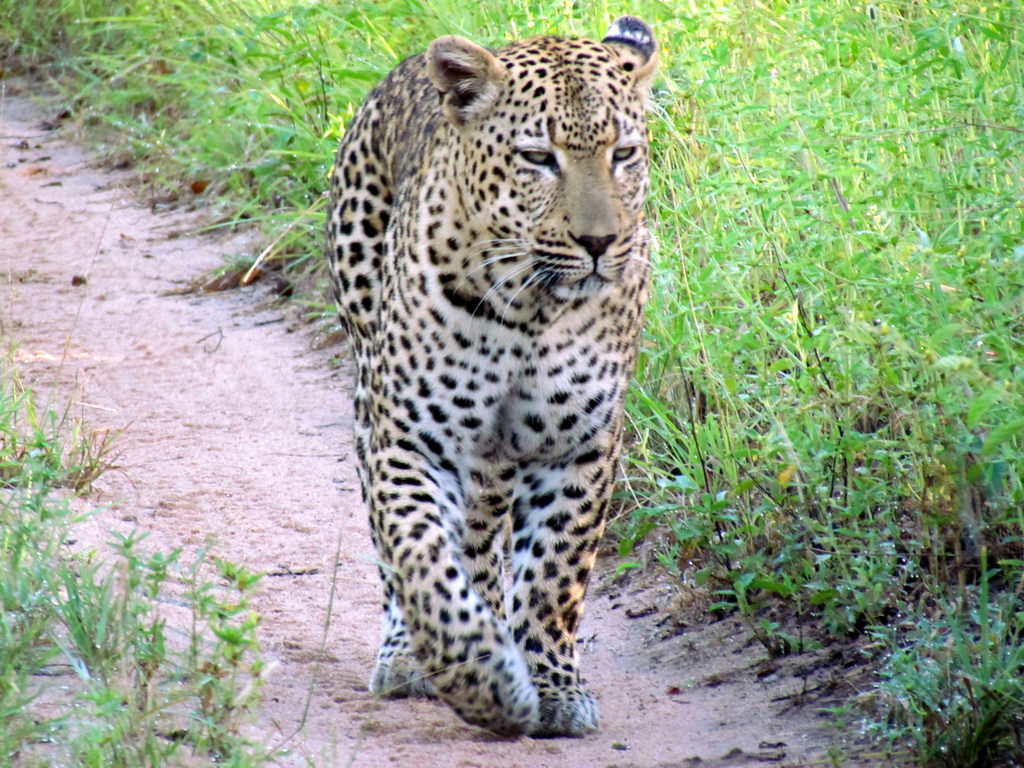 The riverine areas that surround Singita’s Ebony and Boulders Lodges are home to the Hlab’Nkunzi female leopard. In early December, in a secluded spot on the perimeter of one of the safari lodges, she gave birth to two cubs. Ian had been waiting with baited breath for the arrival of the cubs; they arrived just a few weeks ago on a damp and gloomy Friday.

After a morning spent tracking a male leopard, they finally came across an antelope kill; this indicated that awe had found the leopard…and he wasn’t alone. He was with his mother, none other than the same Hlab’nkunzi female. Ian and the other rangers hadn’t seen the two together for many months. This was a wonderful sighting.

It was evident that she wasn’t entirely happy that he was there – what might have happened during the night to cause the two to be together?

After a brief fact-finding mission, they concluded that her son must have been passing through the area, smelled the carcass or heard something to lead him to this spot. Suddenly, Mishack, their tracker, began pointing excitedly at the weeping boer-bean tree in which the kill had been hoisted. There, with their cottony, spotted faces and pale eyes staring keenly out of the leaves, were two leopard cubs.

This was arguably one of the finest sightings Ian have ever experienced. It was a reminder, not only of how privileged they are to be able to witness these glorious animals up close, but of the necessity of protecting these big cats and their natural habitat.

In the weeks since this sighting, the Hlab’Nkunzi female has unfortunately lost one of her cubs – this is the harsh reality of the bush; a reminder of the fragility of life. While sad, all of this is recorded by our field guides in the Singita monthly Wildlife Reports, which, along with the Instagram feed and Facebook page, gives great insight into daily life in wild Africa.

Singita’s conservation effort is important now more than ever as pressure increases on the remaining areas of untouched wilderness in Africa. Our 100-year purpose to preserve and protect areas like these for future generations.