Football fans relish visiting new stadia and there are many historic grounds situated around Europe. Whether it’s the architecture, intense atmosphere or the picturesque surroundings there is something for everyone and we’ve picked out five grounds you simply have to visit.

Synonymous with Italian football, the San Siro is hugely recognisable and celebrated its 91st birthday in September 2017. Home of both Inter and AC Milan, the stadium holds 80,000 fans and is easily accessible from the city. You don’t have to coincide your visit with a Serie A match as the stadium conducts daily tours available in 90 different languages but, be warned, the nearest pub is at least ten minutes away! Just a 15 minutes stroll from the nearest metro station, it’s a terrific stadium to visit any day of the week.

Another stadium which holds 80,000 spectators is the iconic Santiago Bernabeu in Madrid. Home of the most successful club in Europe, the supporters are well-versed in celebrating inside this ground. The stadium has hosted four European Cup finals but Real Madrid haven’t been able to lift the Champions League trophy at their home ground since 1956. The La Liga outfit have won three of the last four stagings of the competition and have unsurprisingly been priced up as 4/1 favourites in the latest odds for this year’s Champions League title. The City’s Metro service takes you straight to the stadium and it’s one of the more accessible grounds in Europe whilst stadium tours are available until five hours before kickoff and will take visitors to the dugouts, changing room and trophy room.

The home of Liverpool FC may not be able to compete with the likes of the Bernabeu and the San Siro in terms of capacity but there is a special feeling upon entering the ground. The City offers plenty of entertainment for all visitors and reaching the stadium is simple on public transport. The historic Kop has seen plenty of thrills and spills down the years and a quick stroll around the perimeter allows visitors to have a photo with the Bill Shankly statue or take a snap of the wrought iron gates which display the famous words ‘You’ll Never Walk Alone’. 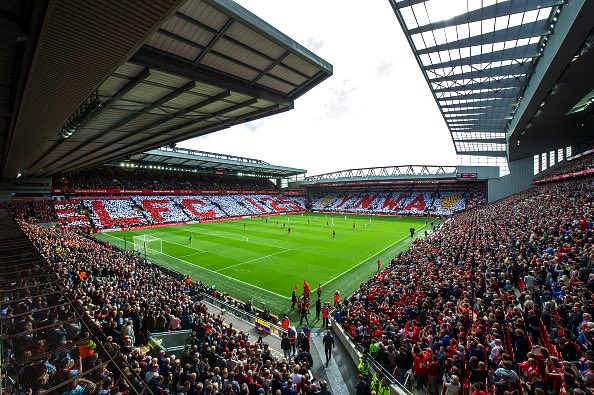 Also known as Signal Iduna Park, it’s one of many German football stadiums which could be included in this list due to its unforgettable atmosphere. Helped by some eye-catching displays, the fans create a Yellow Wall and produce a noise which truly fills the 83,000 capacity ground. The club are very open to visitors and create tailor-made packages for guests which include discounts on local hotels and souvenirs from the gift shop. It’s 25 minutes walk from the city centre although there is a metro service available and it will be hard to forget a visit to the Westfalen Stadion is a hurry.

Generally considered the best stadium in Europe and its stadium tours are so popular that visitors often have to book months in advance. A 3D virtual experience is also included for those embarking on the tour as well as visits to the changing rooms and even the player’s chapel which was opened by Pope John Paul II. The ground which holds 99,000 spectators has seen some of the most entertaining games in recent history and there is a terrific noise which engulfs the stadium every single matchday. It’s close to the city centre and is close to public transport links and is even covered by the city’s bus tours.

Even if you aren’t a die-hard football fan, these stadiums simply have to be visited. They offer something for everyone and the match-day atmosphere is likely to send shivers down the spine of any spectator.