Winter may not strike you as the ideal time to head to Italy, unless you’re going skiing, of course. But then again, high summer is not the best time either, as there are millions of tourists who have the same idea as you – they want to see all those cultural wonders in the churches and galleries of the great Italian cities such as Rome, Venice, and Florence, and take breaks on the steps in the shade of a magnificent church indulging in an Italian gelato three or four times a day.

So, if you relish the idea of seeing some of the many beautiful churches and palazzi of Italy, and don’t mind wrapping up against the chill or the rain, you may find that winter is in fact the perfect time to visit these great Italian cities. If you’re lucky, it won’t rain and you’ll be able to see some of the world’s most magnificent buildings with crisp, blue skies above them before you go inside to wonder at the art held within. If you’ve ever queued to go into Florence’s Duomo in the searing summer sun, you’ll appreciate the sparsity of other tourists in the winter, meaning that you only need to spend minutes in a queue rather than hours. And climbing to the top of the Duomo (which requires joining a separate queue) will certainly be a way to keep you nice and toasty warm, as it involves climbing 463 steps.

Venice can also be a crowd-free joy in the winter – things really start to quieten down on the tourist front from the end of November through to February, though, of course, Carnevale in February is one of the busiest times of the year in Venice. But during December and January, you can really get a feel of the real Venice, when not every vaporetto water-bus on the Grand Canal is filled with tourists and their backpacks. Wandering around the beautiful Accademia gallery or the Peggy Guggenheim collection is an entirely different proposition in the winter than in the summer months. And you’ll get a totally different perspective on the majesty of a cathedral like St Mark’s when you don’t have to shuffle along with thousands of other tourists and feel like you’re on a sightseeing conveyor belt.

It’s the same story in every major Italian city during the winter. Tourists can move at a gentler pace, not have to face queues for every attraction they want to visit – such as the Forum and Colosseum in Rome and the Duomo in Milan. However, it’s still worthwhile booking specific tour times online as you won’t be the only visitors who’ve got wise to seeing Italy in the winter time. 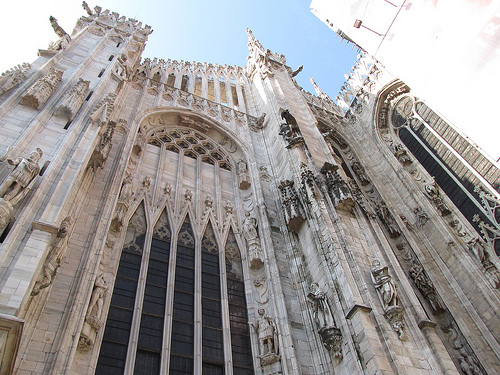 Away from the major attractions, there’s plenty of appeal in spending a cold winter’s evening in an Italian city. The food is as fabulous as always, at almost every trattoria and restaurant that you decide to try, and those pizza ovens certainly give out some heat if you’re cold from tramping round the city all day. There’s plenty of life in the cities, too, as these aren’t towns that survive on tourism alone – they bustle with the local community and business all year round.

For sports fans, almost every bar and many of the eateries will show the Serie A games on big screens and with the campaign in mid-flow at the turn of the year, every match will count, so will be passionately supported wherever it’s being shown. Serie A betting odds at the time of writing have Napoli at 6/4 to win the title this season, followed by Roma and the two Milan-based teams, Juventus and Inter-Milan, but that could all look very different in a couple of months’ time.

And if your main motivation in going to Italy is to indulge in the ice-cream, don’t worry, the gelateria stay open all-year round and the Italian tradition of having a gelato at passeggiata time every early evening doesn’t stop because the temperatures have dipped!