When it comes to countries that offer something for all ages and tastes, it’s hard to go ignore Canada. This large, pretty country has amazing scenery and natural wonders to ogle, excellent adventure activities to enjoy, bustling cities to explore, interesting history to learn and all sorts of animals to be on the lookout for.

It is also a country that boasts myriad fantastic festivals held throughout the year, in various provinces. Read on for some of the top ones you should attend at least once in your life.

People who love movies or who like to do a bit star spotting are encouraged to make their way to Toronto in September. This is the month when the world-famous Toronto International Film Festival (TIFF) event is held. The annual festival, which celebrates all things new on the big screen, runs for 10 days and ranks up there with top film festivals like Cannes and Sundance.

Running since 1976, TIFF grows in visitor numbers and scope each year. In fact, these days there are typically more than 250 movies for people to see while they’re in Toronto. Films are shown at 20-plus theaters around the city and are produced by independent, up-and-coming filmmakers as well as Hollywood studios and other heavyweights.

The Toronto International Film Festival is often the place where many award-winning films are first shown. For example, numerous movies that have gone on to win Academy Awards (e.g. “American Beauty” and “The Big Chill”) debuted at TIFF. In addition, during each festival, awards are given out and numerous categories of film are celebrated. Perspective Canada is an example; this is a niche area specifically created to promote the local Canadian film industry. 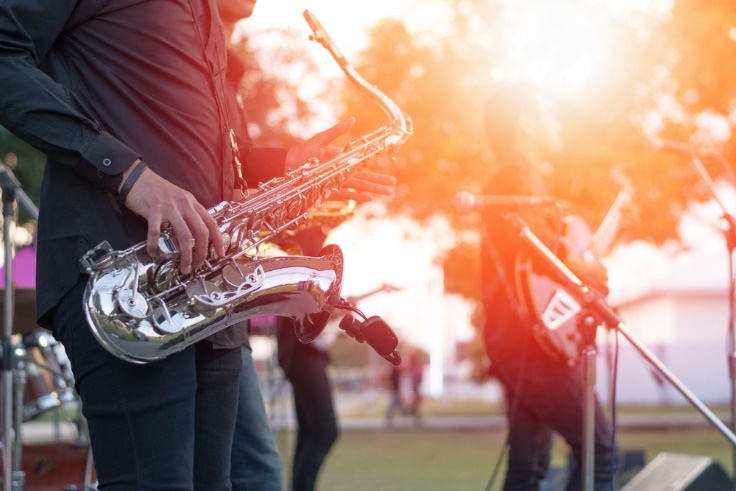 If rodeos are more your thing, plan a visit to Calgary in July. At this time of year one of the biggest events in the whole country takes place: the Calgary Stampede. This is proclaimed as the biggest rodeo in the world and given the title “The Greatest Outdoor Show on Earth” by its organizers. An annual event, the Stampede is popular with farmers and horse riders but also attracts people from all over the globe who have heard about its various offerings and want to experience the sights, sounds and smells for themselves.

The Calgary Stampede runs for about 10 days and is a drawcard for more than a million people each year. The festival is known as a multifaceted event because it features things like the big rodeo competition (which started back in 1912 and was the richest one of its type in North America at the time), a parade, agricultural competition, carnival, chuck-wagon races, art show, live entertainment, casino and more.

If your bucket list includes a trip to the Niagara region to see the famous Niagara Falls, it pays to schedule your vacation to this part of North America for the month of May. This is when the Niagara Folk Arts Festival is on. The event celebrated 50 years in 2018, so it is a well-established option and usually runs for around three weeks or so. When you’re looking for attractions in Niagara Falls, Ontario  this is one you want to put on your itinerary.

At the Niagara Folk Arts Festival, you get to see how the diverse blend of people and cultures in Canada has made the country what it is today. Most events are set up in the town of St. Catharines, which is close to the main hub of Niagara Falls, so it’s convenient for stays in the city or in surrounding areas.

During the festival, check out dances, exhibitions, art shows and live entertainment, and explore open houses in numerous community buildings to learn about cultures within Canada. There are also lots of tasty cuisines to try, so you certainly won’t go hungry.

For music lovers, Canada doesn’t disappoint either. For instance, one of the most popular music festivals held each year is the Montreal International Jazz Festival. This event is held over late June to early July and runs for approximately 11 days. It’s the world’s biggest jazz festival, and millions of people flock to Montreal to enjoy it.

The festival, which has been operating since 1979, features hundreds of concerts, most of which cost nothing for visitors to attend. The event celebrates both the art and tradition of this particular type of music and over the years has had many famous musicians play, including Norah Jones and Diana Krall. Acts from around the world perform, and there is an array of both established names and emerging artists to watch.